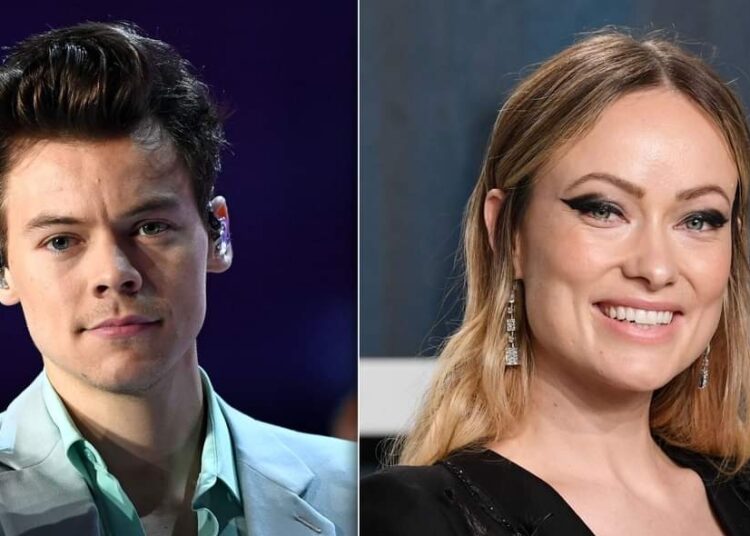 Olivia Wilde and Harry Styles would have married privately, according to several media

Olivia Wilde was ‘assaulted’ by a group of paparazzi outside the Los Angeles airport, where they asked her about the rumors that have been circulating for a few days that claim that she has secretly married singer Harry Styles during her vacation in Italy. And the answer has only increased the tension.

The rumors began with a cover of a magazine of the heart that circulated on Twitter, stating that the couple had taken advantage of the rest days to go through the altar. On those vacations, Harry was also seen living with pop diva Katy Perry, her husband Orlando Bloom and her little daughter Daisy. Where Harry even babysat for a day while Katy and Orlando took a boat ride through the canals of Venice.

The paparazzi stopped Olivia at the airport and one in particular asked her: “There are some rumors circulating on the Internet that you and Harry are already married. Right? Is it true?” And Olivia’s response has left us with more doubts than before because she refused to speak to them and the only words she said were:

“I will never talk to you”

Recall that Harry and Olivia have been seen together on several occasions, in fact they have been seen kissing and showing affection, visiting friends and attending various weddings.

Do you think the supposed marriage between Harry Styles and Olivia Wilde possible?

BTS Jungkook’s solo debut could be coming soon. The idol surprises with a teaser photo