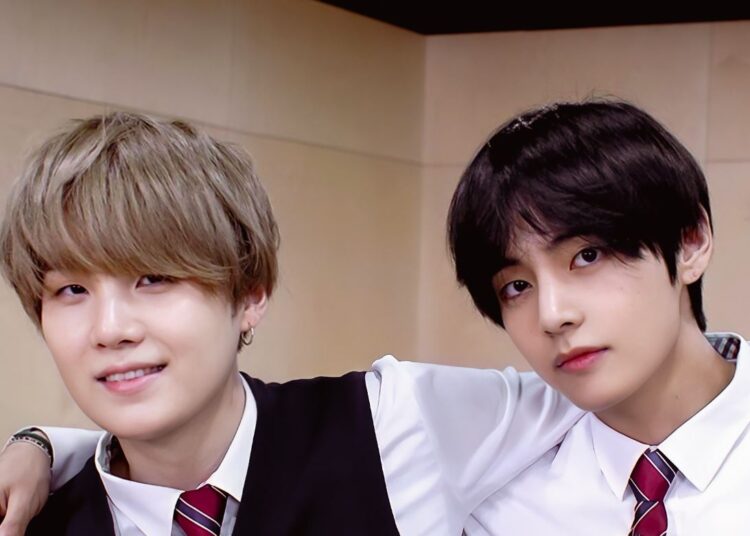 BTS is one of the biggest k-pop groups. The band has accumulated several successes, as many of their songs have broken world records. However, the achievements also bring many pressures and responsibilities, which have caused depression in Suga and Taehyung. The k-pop group works hard throughout the year and although they cancel the world tour for more than a year and a half, the group did not stop doing projects.

The great effort of the members has paid off on a professional level, as they became the first group to replace their own debut number one on the Billboard Hot 100 chart with “Permission To Dance,” a place that was occupied by “Butter.” for seven consecutive weeks, an unprecedented event. However, fatigue, hard work, and some personal life factors have affected the members’ mental health, as Suga and Taehyung have confessed.

In the documentary ‘Break The Silence‘, Taehyung, V’s real name, indicated that he tends to get quite depressed and needs someone to be with him. However, he revealed that he overcame this state thanks to the support of the members. “There are moments when I usually get very depressed, when I find myself going through very difficult times I want someone to just hold my hand“.

You could also be interested in: Stray Kids announces comeback in epic trailer for NOEASY.

“I think that seeing each of the members so happy inspired me and then I’m also happy, I don’t know why, but I think it was a point of much introspection that helped me with my depression,” he said. Min Yoon-gi has revealed his mental health problems on different occasions, however during the radio show ‘KBS Cool FM Kim Seong Joo‘, the rapper confessed that he suffers depression every time he works on an album with the group.