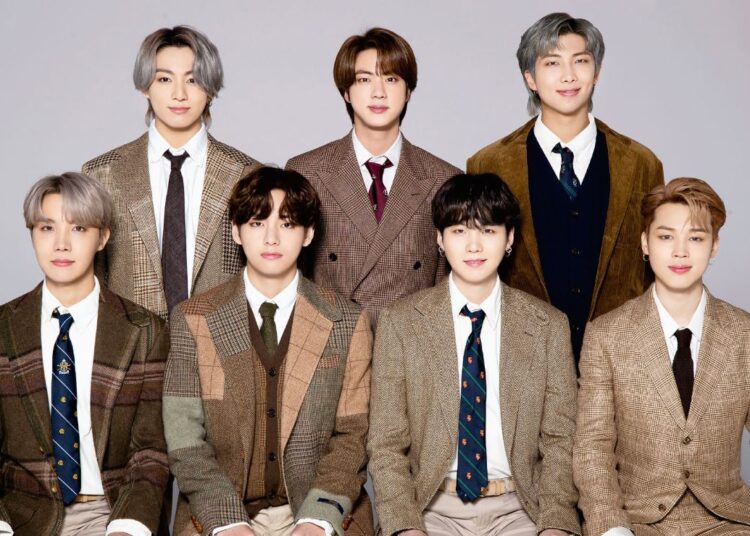 On July 21, Blue House spokeswoman Park Kyung Min presents the boyband’s recognition: “President Moon Jae In has appointed BTS as ‘special presidential envoys for future generations and culture’ with the goal of advancing the global agenda. of the next generations, like the sustainable growth and to expand the diplomatic power of South Korea in the international community“.

According to the representative of the South Korean president, this appointment to BTS is part of a government initiative to unite the diplomatic capabilities of the citizens and “expand the nation’s diplomatic horizons.” The purpose is to strengthen the global image of the country as a nation at the forefront, by collaborating with expert or prestigious citizens in their field.

You could also be interested in: Watch BLACKPINK’s cameo in the Netflix series ‘Never Have I Ever’.

Park Kyung Min mentioned BTS’s hot streak on Billboard’s HOT 100 (eight weeks at # 1). On behalf of the Government, the spokeswoman stressed that the message of “Permission to dance” and the inclusion of sign language in the choreography are aligned with South Korea’s determination to overcome the pandemic in solidarity and cooperation with the rest of the world.

It was also confirmed that BTS will attend the 75th United Nations General Assembly and travel to the headquarters in New York in September.

RM, Jin, Suga, J-Hope, Jimin, V and Jungkook will also perform at other international conferences to spread messages of hope and encouragement to young people around the world.

As influential characters, BTS members will participate in campaigns related to the global challenges of the environment, poverty, discrimination, and more. This will be the third time that the interpreters of “Butter” have the opportunity to give a speech before the UN. The boyband was previously invited in 2018 and 2020, on behalf of UNICEF, to share lectures with leaders.