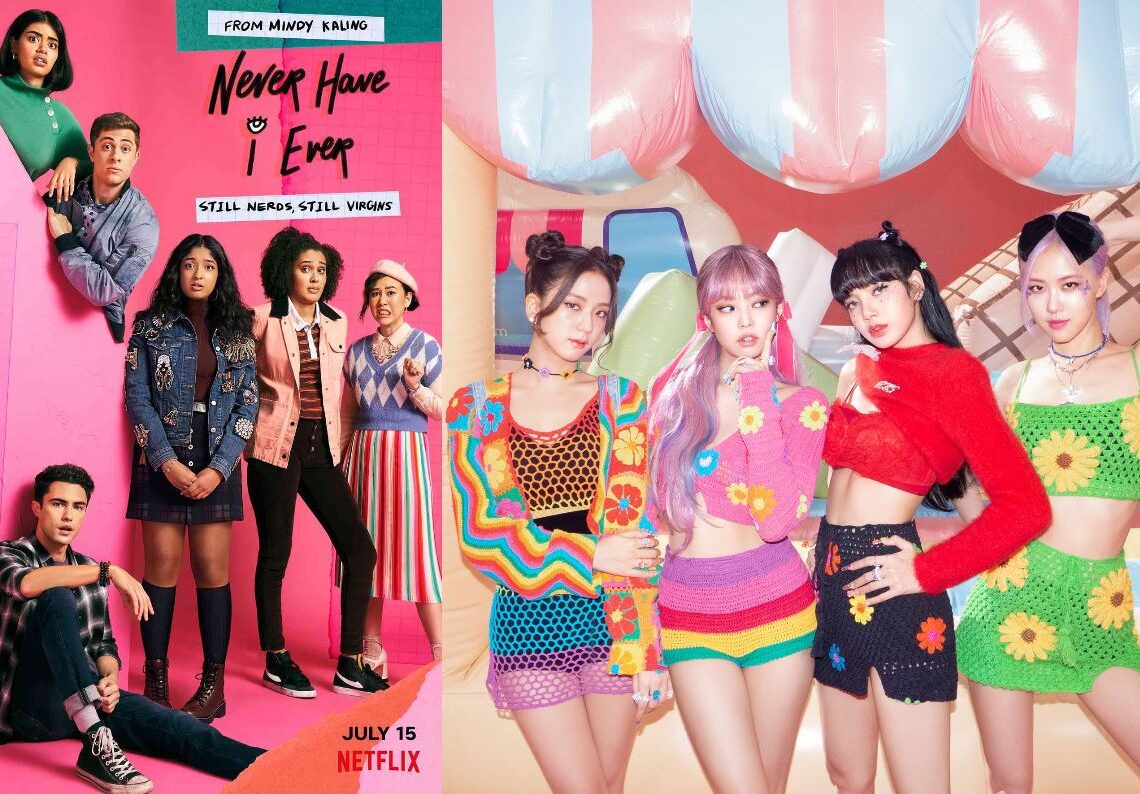 Season 2 of ‘Never Have I Ever‘ included the smash hit BLACKPINK in part of the story. If you were excited by Netflix’s ‘Never Have I Ever’ and the possibility of a third season, the BLINKs who watch the series have fallen more in love with the plot for a curious cameo that three members of BLACKPINK had.

Chapter 4 of the Netflix production showed how Kamala had to cancel dinner with her fiancé after her boss called her to make the samples of her again in her laboratory, something that she was going to do and take all night. Convinced that she should go back to work, Prashant accompanies her while she samples her and while they talk, the subject comes up that the young Indian woman doesn’t know how to make them respect her in her work.

Hearing her fiancée advises her to “pretend” to have the same tastes as him so that she is better included in the group. The next morning, when her boss Evan arrives, Kamala reports to him about an error she found in her study and as usual he ignores her. Noticing her bad attitude, the young woman decides to confess that she is a fan of BLACKPINK and that she adores all of them.

You could also be interested in: BTS’ Jimin made his classmates fall in love with his ability to dance.

Evan upon hearing that from Kamala reveals that she has a Jisoo personality, but with her friends she behaves more like Lisa.

Kamala: I realized they did karaoke last night. I don’t know if I told you, but I love K-pop. I am a fan of BLACKPINK.

Evan: I don’t believe it. Are you a BLINK?

Kamala: Who doesn’t? I’m quite a Rosé.

Evan: Really? Because at work, obviously, I’m a Jisoo, but when I’m with my friends I’m a Lisa.

Kamala: So if they do karaoke next time I would love to go.