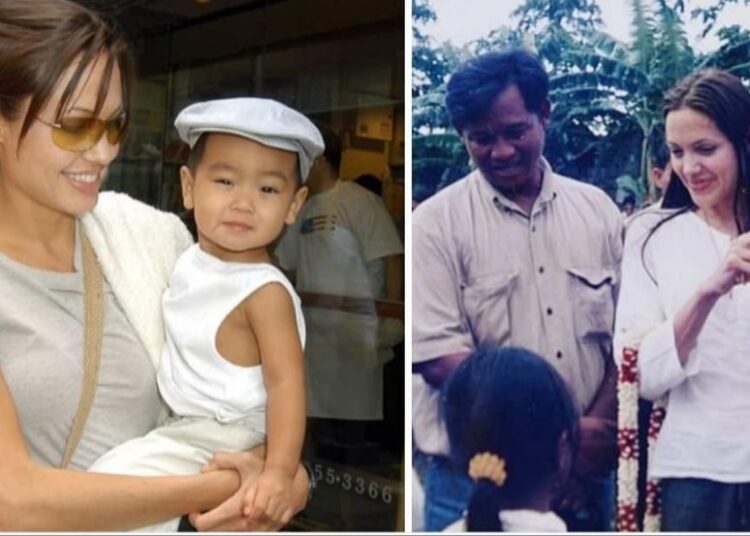 The owner of the adoption agency that delivered Maddox, Angelina Jolie’s son, was charged with falsifying documents and possible “child trafficking.”

Angelina Jolie was visiting Cambodia when she was enchanted with the tenderness of a small local boy. With her eyes fixed on him and ready to give him a good future, she Angelina started the adoption procedures and quickly became the adoptive mother of the little boy, whom she called Maddox.

As reported by the Daily Mail, the filmmaker Elizabeth Jacobs raises the problem of the “illegal” adoption that occurred in Cambodia by US citizens. The film, called “The Stolen Children”, would put in check the adoption of Maddox by Angelina Jolie.

Galindo had been imprisoned in 2004 for falsifying documents in order to obtain visas for minors to be adopted by United States citizens, and deceiving poor families in Cambodia, from whom she allegedly “stole their babies” and later sell them. The Galindo document forgery scandal was so serious that most governments suspended adoptions of children from Cambodia.

Angelina Jolie has defended herself arguing that she took all the precautions to adopt Maddox, especially because she had been told that he was an orphan and she made sure that she was like that, because in her words “she would never steal a child from someone ”.

For now, it only remains to wait for new investigations to be clarified that would end up confirming what happened.