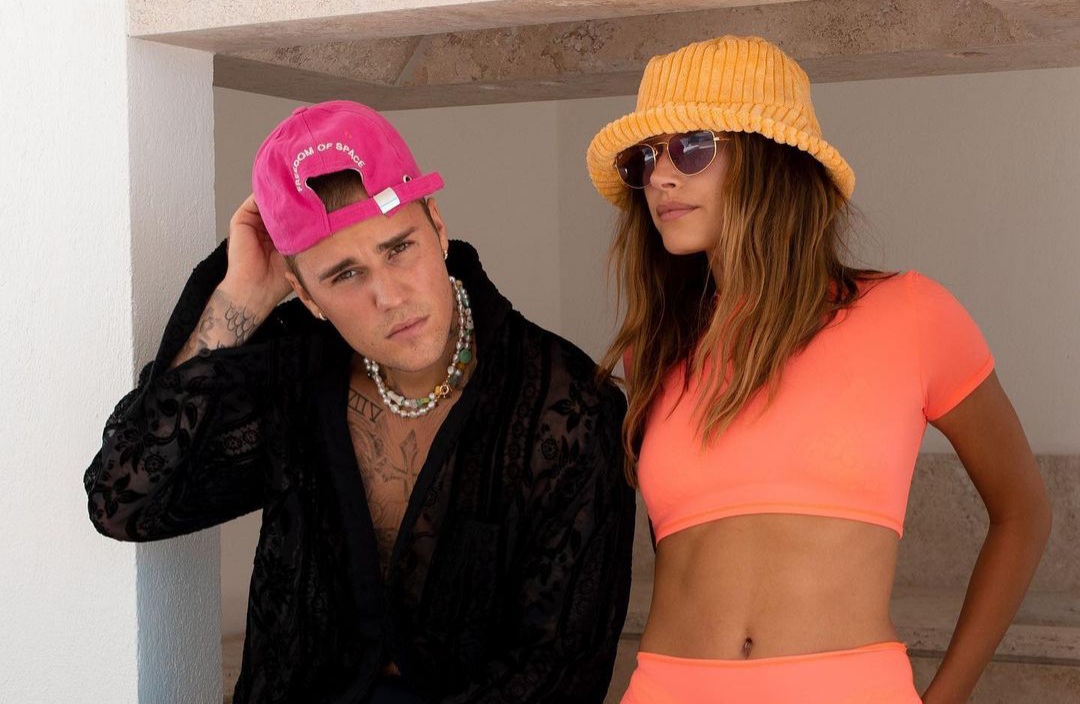 Justin Bieber took to Instagram on Monday July 19th to share new photos with his wife Hailey and hint that a baby is on the way with the recent photo caption.

The 27-year-old singer wore casual clothes while the 24-year-old Vogue model wore a suit that took a peek at her belly.

In the caption, the “Sorry” hitmaker wrote “Mom and Dad“, implying that he and his wife are expecting a baby even though he has said in the recent past that they are not ready to have children. Bieber also added that the photos were taken by Evan Paterakis.

. @justinbieber WHAT DO U MEAN BY MOM AND DAD pic.twitter.com/z4rbL2gW41

Several of his 183 million followers on Instagram asked him if the caption meant Hailey was pregnant.

“Baby on the way?“; another asked.

“What? Is there a baby coming? The Bieber family is growing!!!” another added.

Hailey didn’t appear to have a pregnancy belly as she modeled a crop top and bike shorts in a neon peach color, and the caption may be a joke of some kind.

She was also seen drinking what appeared to be an alcohol shot over the weekend, strongly suggesting that she is not pregnant. Also, Bieber told Ellen DeGeneres this year that he and Hailey want to wait before starting a family.

On the other hand, Hailey also shared some images of her trip to Mexico, but her caption was: “Weekend.” The model was seen smiling in two other photos where she was wearing a green tank top with a strawberry on the front.

The couple have been to Mexico with friends, including the longtime singer’s manager, Scooter Braun. In a large series of photos posted on Instagram, the couple were seen enjoying themselves as well as dancing and kissing at a luxurious resort.