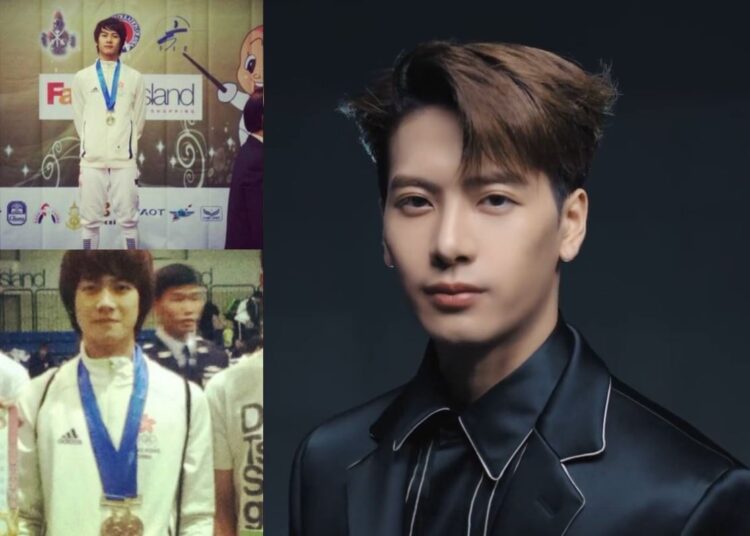 Before becoming a star, Jackson Wang was an acclaimed fencing medalist. In a Tokyo Games promo, he rediscovered his sports roots. The Tokyo Olympics are about to start. In their promotional campaign for the multisport event, the organizers summoned GOT7’s Jackson Wang to narrate an account of the last 100 years of the tournament.

“The five rings resist and the sacred flame never dies. We shared the history of the Olympics together and passed on hope and light from generation to generation“, declared the musician before introducing Agnes Keleti, the longest-lived champion. The GOT7 rapper has been chosen to promote Tokyo 2020 to the Asian public and is considered by his fans as a reunion with his childhood dream.

“Jackson has come full circle,” his followers proudly commented on social media. Jackson Wang is currently a global star as a member of the K-pop group GOT7 and also as a solo artist. However, in his teens he was a high-level fencing athlete and represented Hong Kong in international competitions.

You could also be interested in: BTS’ Jimin and Jungkook vacation together and fulfill unforgettable dream.

His talent for sports was cultivated from home.

His mother Sofia Chow was an award-winning medalist of the 1980s, while his father Wang Ruiji was a gold champion in fencing at the 1978 Asian Games. At age 16, Jackson Wang (real name Wang Jiaer) became number one in junior saber for Asia and number 11 in the world, the South China Morning Post reported.

In 2010 he participated in the Youth Olympic Games in Singapore and was training with a view to the London 2012 Olympic Games. Although his future was already assured, with a scholarship included to Stanford University, the current artist decided to move to South Korea to try a career in music.

On a show, Jackson said that the agency JYP sought him out on two occasions in order for him to agree to audition and finally passed the casting in 2010. “At that point I was preparing for London 2012 (…). Then out of nowhere I told my parents that I wanted to be a singer abroad.

They thought I was joking,” he explained.

The GOT7 member took that course because he also had another dream besides sports. “I wondered if I wanted to practice fencing all my life, why not try something new? I didn’t want to reach 80 and regret not trying.

So I left“, he explained. Although he had to start from scratch, Jackson set his sights on his new goal and managed to debut as a member of the aforementioned group in 2014.

Now his group is one of the most famous in the industry and he is an influential artistic figure. Although he is focused on music, Jackson still manages the sport he played for so long. This was demonstrated in a 2017 Chinese program, where he could be seen in action.