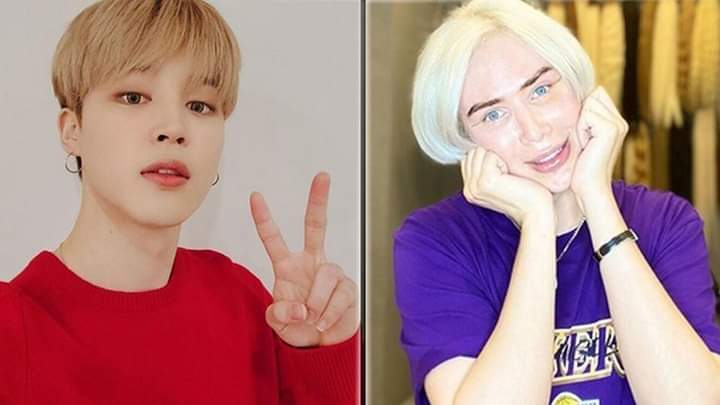 BTS fan English youtuber has had surgery to look like member Jimin, and now identifies as a Korean and non-binary person

Oli London is a youtuber who has become a global trend in recent days, thanks to a video she shared on her channel where she claims to be “transracial”. Identified as a non-binary person, Oli London made a statement that, in a few hours, went around the world.

Oli decided to share that he is in a process of transition, because the last 8 years he has faced a series of plastic surgeries that have helped him to love himself and feel happy when he looks in the mirror. At the age of 31, the youtuber revealed that he has undergone 18 operations in order to have characteristic features of Korean people, specifically Park Jimin, the singer of the K-Pop group BTS.

Oli identifies himself as a non-binary person, that is, he does not identify as a man or a woman, but is “right in the middle”, according to his words.
In addition to sharing the pronouns that should be used to talk about her, she said that she also identifies as a Korean person, which is why she has decided to invest $ 150,000 to be able to look like she does so far.

She affirmed that she is happy and that, despite the tough decision, now there is no more confusion regarding her identity, so she requested that they not refer to her as if her nationality were English and asked for understanding on the part of your audience.

In the video posted on June 26, Oli said that she now sees Korea as her home country. However, she has been strongly criticized on digital platforms and has even received accusations of racism and cultural appropriation.

Is BTS’ comeback around the corner? Jungkook was seen practicing choreography