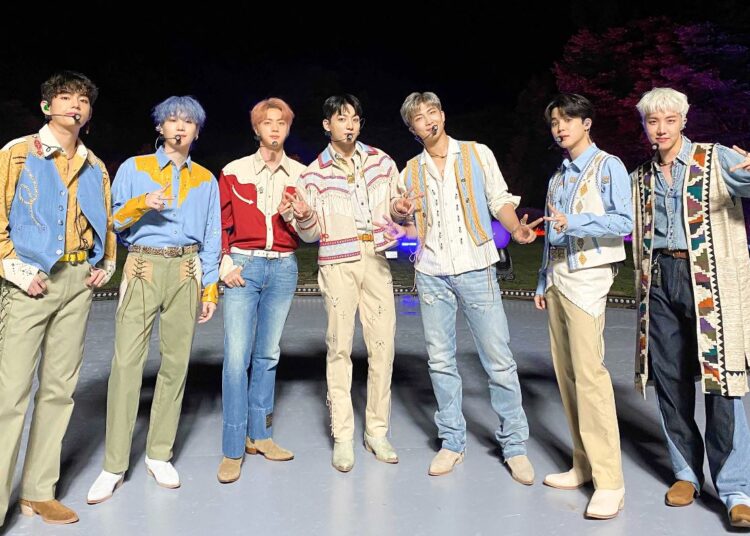 Fans are looking for the new Bangtan to outperform the hits “Dynamite” and “Butter.” Know the results of the goals and what news the premiere left. The ARMY challenge began. Permission to dance has finally been released at 1.00 pm on July 9 KST and BTS fans kicked off the stream on all available platforms with the goal of making this track set new personal and world records for the idol group.

To achieve this big goals, the fandom that yesterday turned 8 years of foundation raised a series of objectives in advance and here we give you a scope of results.

Of course, you will also be able to know what the long-awaited comeback of the Korean septet left that causes a furor in the scene with each of their movements.

Permission to dance is a new song that arrives on the single album Butter, which also includes the track of the same name and two instrumentals. Jimin, Jin, Jungkook, V, J-Hope, RM and Suga are performed and their creative process has the collaboration of Ed Sheeran, a British musician who previously composed “Make it right” for the group.

You could also be interested in: Momo and Heechul broke up: TWICE’s and SUPER JUNIOR’s agencies confirmed it.

HYBE LABELS posted the link to the premiere of the MV Permission to dance on YouTube three hours in advance. Thousands of fans in all parts of the world connected to this launch in real time, but did they achieve the goal of surpassing the MV “Butter”, video clip garnered 3.9 million viewers?

The members of Bangtan show off their talent and charisma as they tell the world that they “don’t need permission to dance” (lead phrase) in this new production that promises to become not only the hit of the summer, but the new anthem of the band, hope in this current situation due to the worldwide disease.

The optimal performance and especially the longevity of Permission to dance on Deezer, iTunes, Billboard, Spotify, YouTube, Apple Music and Shazam are the main objectives of ARMY in this comeback. Here you can find more details of how the goals are distributed according to platforms: 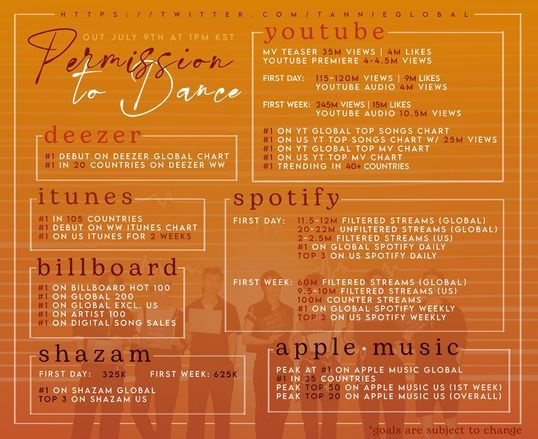 PSY’s new single ‘That That’ is produced by BTS’ SUGA