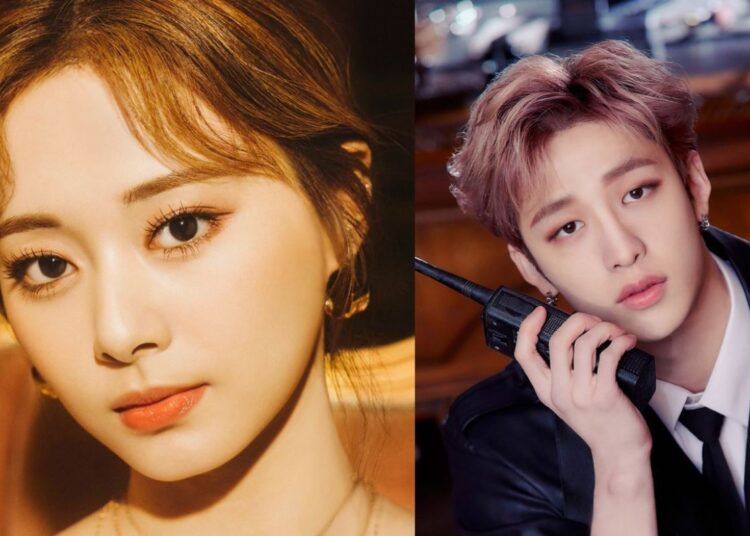 JYP’s labelmates recently teamed up to release “ME!”, A cover of Taylor Swift’s self-titled song, for The Melody Project. In a recent behind-the-scenes video for the “ME!” MV, TWICE’s Tzuyu showed her gratitude for Stray Kids frontman Bang Chan, who collaborated with her on the vocal aspect of the song.

The youngest idol of the K-pop girl band also shared in the behind clip the origin of this work with her partner from the agency JYP Entertainment that made the hearts of fandoms ONCE and STAY happy. On July 28 ET, “ME!” Was released, a cover of Taylor Swift’s original song of the same name featuring Brendon Urie from Panic! At The Disco.

Played by Tzuyu and Bang Chan, it became the debut of the famous Taiwanese in The Melody Project, a parallel work of her group TWICE where the members show their artistic talents individually or in subteams. The 22-year-old idol took a behind-the-scenes segment of the MV, posted on July 5 ET, to share how the idea of ​​collaborating with Bangchan came about.

You could also be interested in: BLACKPINK’s Jennie and Rosé are working on music in the US, YGE confirms.

“I was going to sing everything by myself. It was going to be fine, but then we thought it would be more fun to have a male voice. It would make the song sound more complete, so we thought, ‘Who could fit the role?’ And we agreed with Chan from Stray Kids,” she commented on that.

She then immediately expressed her gratitude for her JYP colleague’s performance with the following phrase: “I’m so glad she joined. She really poured her heart into him [the project], and that’s why it came out wonderfully.”

Finally, she took the opportunity to send an affectionate greeting to her collaborator: “You are the best! Thank you, Chan!” She pointed out. Video behind the scenes of the MV “ME!” It also features other members of TWICE, who came to the filming set to support the youngest of the group. You can see the complete audiovisual here.