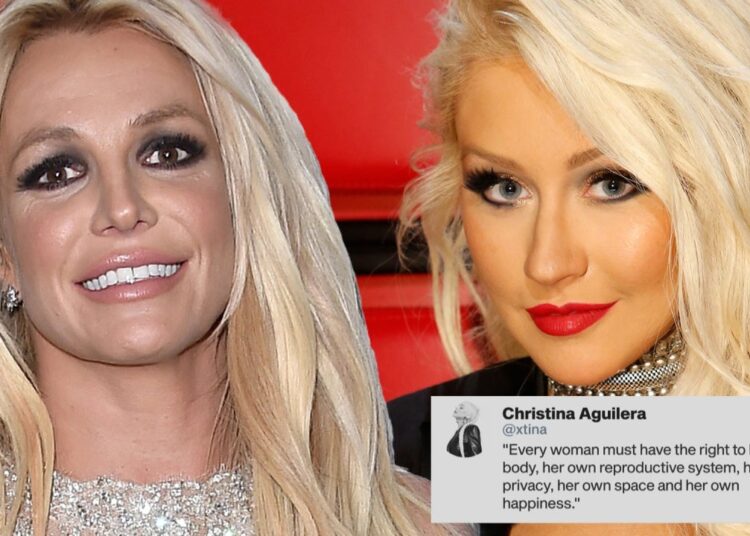 In recent days, social media have been full of messages about Britney Spears, after the full statement she made before a judge in Los Angeles, California, to completely end the custody that her father Jamie Spears has over her for years was known over 13 years.

Celebrities like Karol G, Justin Timberlake and Mariah Carey have used their social media to talk about Britney’s complex situation and show her unconditional support. Now the turn is for Christina Aguilera, one of the artists with whom she shared credits on The Mickey Mouse Club, the Disney Channel show that helped her get started in show business.

The interpreter of Genio Liberado wrote a letter that she shared on Instagram Stories and also on her Twitter account. In the letter she completely moved away from the supposed rivalry that exists between them and reflected on the hard times that Britney has had to endure.

These past few days I’ve been thinking about Britney and everything she is going through.

It is unacceptable that any woman, or human, wanting to be in control of their own destiny might not be allowed to live life as they wish. pic.twitter.com/NRhNwcJaD3

“It is unacceptable that any woman, or human being, who wishes to be in control of her own destiny is not allowed to live life as she wishes.

Being silenced, ignored, intimidated or denied the support of those “close” to you is the most exhausting, devastating and degrading thing imaginable. The damaging mental and emotional damage this can cause to a human spirit is nothing to be taken lightly.

Every woman should have a right to her own body, her own reproductive system, her own intimacy, her own space, her own healing, and her own happiness.

While I am not behind the closed doors of this highly layered and personal yet public conversation, all I can do is share from my heart what I have heard, read and seen in the media.

The conviction and desperation of this request for freedom leads me to believe that this person I once knew has been living without the compassion or decency of those in control.

To a woman who has worked under conditions and pressures unimaginable to most, I promise that she deserves as much freedom as possible to live her happiest life.

My heart goes out to Britney. She deserves all the TRUE love and support in the world.”

thank you @xtina for speaking up, we love you #FreeBritney pic.twitter.com/WEBczBcfyc

Shawn Mendes and Camila Cabello spotted together after split

BTS’ Taehyung hinted at his return to acting in a K-drama?