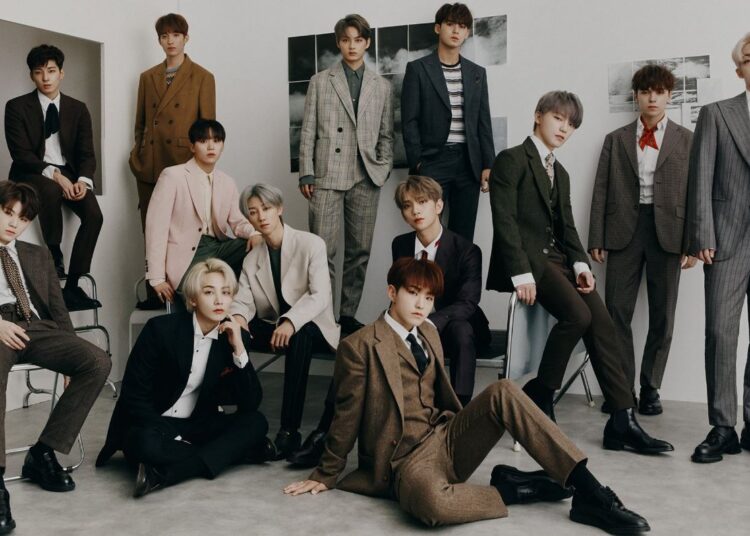 This would be the K-pop group’s first music show win since the release of the eighth mini album, Your Choice, on June 18. These were the scores obtained by the two finalists (SEVENTEEN and BTS) from the fourth week.

You could also be interested in: Hyunjin officially returns to Stray Kids in July, confirms JYP Entertainment.

Despite not being present, the Music Bank MCs congratulated SEVENTEEN. And as a closing they presented the MV “Ready to love”. Minutes after the announcement on Music Bank, SEVENTEEN’s official Twitter account left a thank you post.

“Carat! SEVENTEEN got first place with ‘Ready to love’. Thank you Carat for hearing his support. See you soon. SEVENTEEN is always with Carat. Forever by my side.” Through Weverse, DK and Mingyu also wrote messages to their fans regarding the first win for their lead single from the eighth mini album.

DK: Thank you Carat. Thank’s for your love. Mingyu: Our Carat, they are first class. Thanks. Wonwoo and Hoshi also wrote to their fans. Wonwoo: Carat, thanks to you I am stronger! Thanks. Hoshi: “Carat, thank you very much. Love cannot be expressed in words … Always, always, always thankful”.

On June 25, it was reported that SEVENTEEN’s eighth mini album Your Choice recorded initial sales by Chodong a total of 1,364,127 albums sold on the Hanteo Chart. It became the best-selling album in South Korea for 2021.

Harry Styles the ¨King of Pop¨. JACKSONS ARE ANGRY