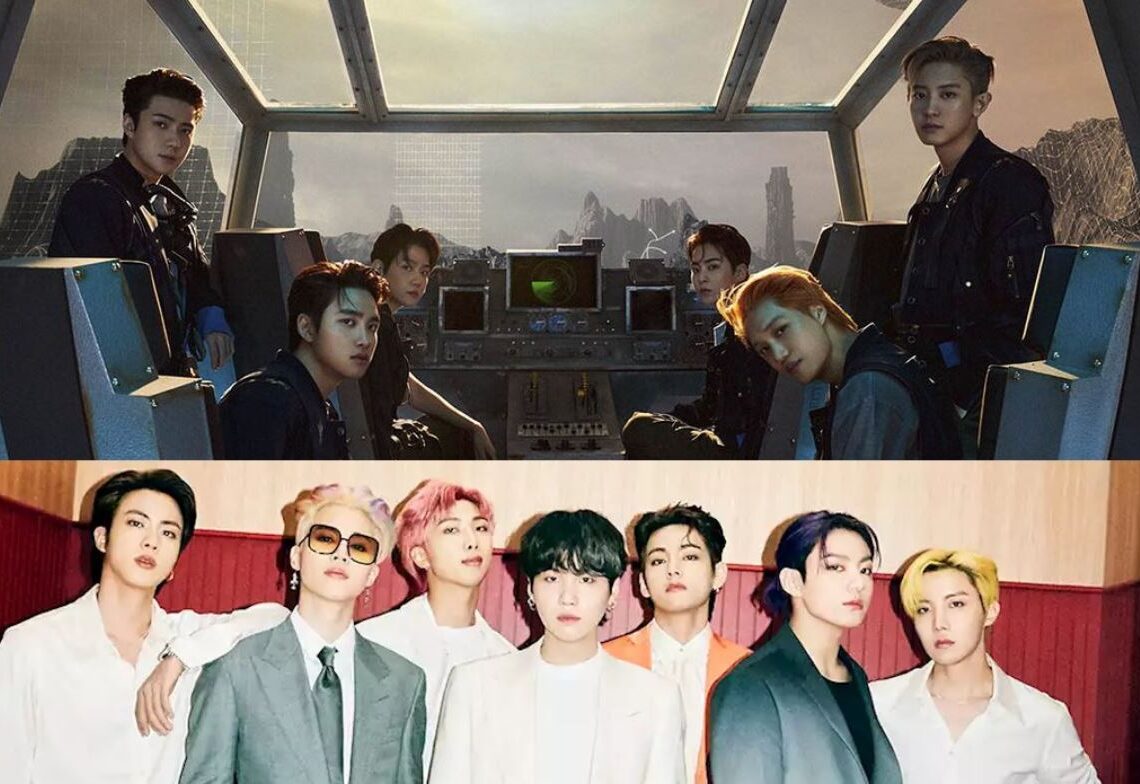 This is EXO’s first triumph since the release of their special album Don’t fight the feeling. EXO-L celebrates this victory. EXO beat BTS on Music Bank and was crowned No. 1 this week thanks to their track “Don’t fight the feeling”. At the end of the music show, the MCs announced the winner, and the K-pop group’s song was the one that defeated the world-famous “Butter.”

Although they did not appear, the SM Entertainment group achieved significant numbers against their competition. Here you can see the announcement that gives EXO as the winner of the Music Bank, made on June 18. Meanwhile, the EXO-Ls have been promoting and making the hashtag #DontFightTheFeeling1stWin a global trend.

Through Twitter, EXO’s account reacted to the triumph on Music Bank with a post. “EXO wins the first place in Music Bank!”, You can read in the legend that has the link of a Korean media that talks about her award. Since its premiere on June 7, EXO has added more than 60 million views to its video clip on YouTube.

You could also be interested in: TWICE’s Jeongyeon in pain during ‘Alcohol-Free’ promotions concerns fans.

On June 17, EXO took the top spot on Gaon’s album chart. The K-pop group was also reported to have surpassed one million sales of their special album Don’t fight the feeling within a week of its release.

In this way, it became the sixth album that EXO’s famous “million seller” achieved throughout her career.

“Don’t fight the feeling” got to be number 1 in 87 countries from iTunes, QQMusic, Kugou Music, Genie and Kowo Music. The regions in which he led the title song of the K-pop group were the United States, Peru, Mexico, Colombia, the United Kingdom, France, Canada, Germany, Italy, United Arab. Emirates, Saudi Arabia, Brazil, Australia, Hungary, Kenya.

Despite the long hiatus, EXO once again demonstrated how popular they are.