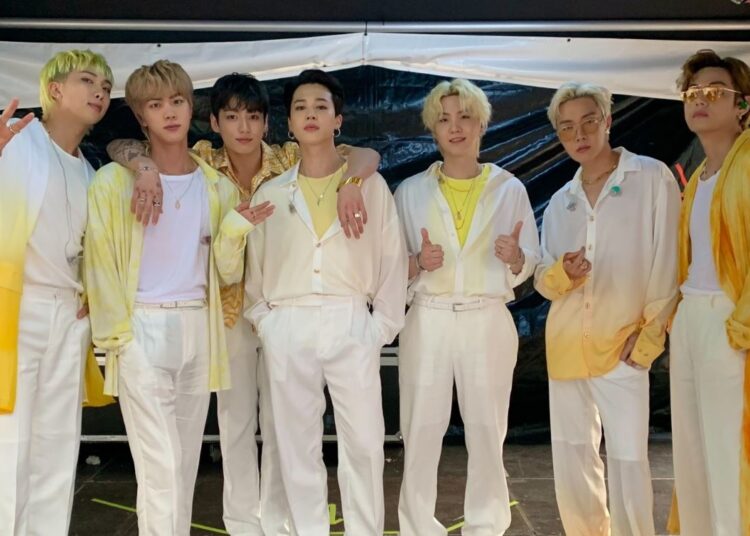 BTS announced that in June they would give a virtual concert, the reason? The band turns eight years since its debut in 2013 and that is why the ‘idols’ will celebrate it with ‘Festa’ and with two virtual concerts on the 13th and 14th of this month. ‘Muster Sowoozoo’ with big surprises to all ARMY, as Jin, RM, Suga, J-Hope, V, Jung Kook and Jimin sang hits like ‘Butter‘, ‘Daechwita‘, ‘Film Out‘ and many more.

Following the success of Map Of The Soul: ONE, BTS holded two virtual concerts several months ago, in order to meet their fans online again. This new show was in a different format since it was held outdoors, since BigHit announced that on the second day, foreign language songs were included, the fans went crazy.

The boys of the South Korean group BTS this weekend celebrated their 8 years of career with a super online event called Muster SOWOOZOO and of course the numbers behind this live were gigantic, like everything the group does.

You could also be interested in: GOT7’s Yugyeom and BTS’s Jungkook combine tattoos.

The two-day event had Jimin and RM singing the song “Chicken Noodle Soup” in Spanish and many other special moments and raised more than $70 million, according to the group’s label HYBE, formerly Big Hit Entertainment.

According to a press release, the audience for BTS’s anniversary lives was 1.33 million people, spread over 195 different countries. With tickets between $ 44 and $ 53, the online event’s turnover was $ 71.6 million, in amounts already converted into dollars from the South Korean currency, Won.

Rosé – On The Ground (Lyrics)