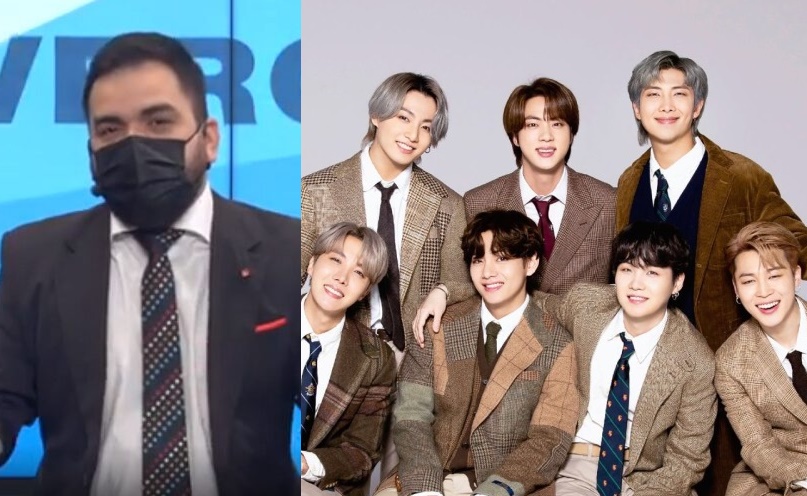 This Wednesday, June 16th, BTS fans raised the hashtags #RACISMISNOTCOMEDY, #ApologizeMikeSilvero and #ApologizeABCCOLOR, after the journalist Mike Silvero, of the Paraguayan newspaper ABC Digital, gave his “opinion”, saying that the only difference between the singers is the color of their hair.

To better understand, a Twitter profile called Armycrazy1 posted an exact summary of what happened: Now, fans are rallying for BIGHIT, the agency BTS, to take the necessary retaliation. A few weeks ago, the Chilean television program “Mi Barrio” generated a riot after making racist ‘jokes‘ about BTS.

Actors on the popular show dressed up as the group’s members, alluded to Kim Jong Un (the leader of North Korea), and made fun of the members’ language. Chilean fans of the group immediately took to Twitter to accuse the show of racism and xenophobia and began demanding an apology. After negative repercussions, the official profile of the program spoke on Instagram.

You could also be interested in: Coldplay’s Chris Martin reveals that a collaboration with BTS could happen.

They said they learn from criticism and praise, but were unapologetic about the controversy. “Thank you all for the suggestions. We will continue to improve, learn, listen and stand firm in our intention: to bring fun to families. We collect all the positive comments and also the criticisms, because that is what we are here for, to provide a bit of humor and fun”.

Regarding the new comments raised against BTS, the Paraguayan journalist has not yet offered an apology, the video is really shocking, totally full of hate and repulsive comments. The fans of course expect an apology from the man, since he said it on national television.

Recall that BigHit Entertainment issued a statement in which they said that anyone who verbally and physically attacked their artists would take legal action immediately.