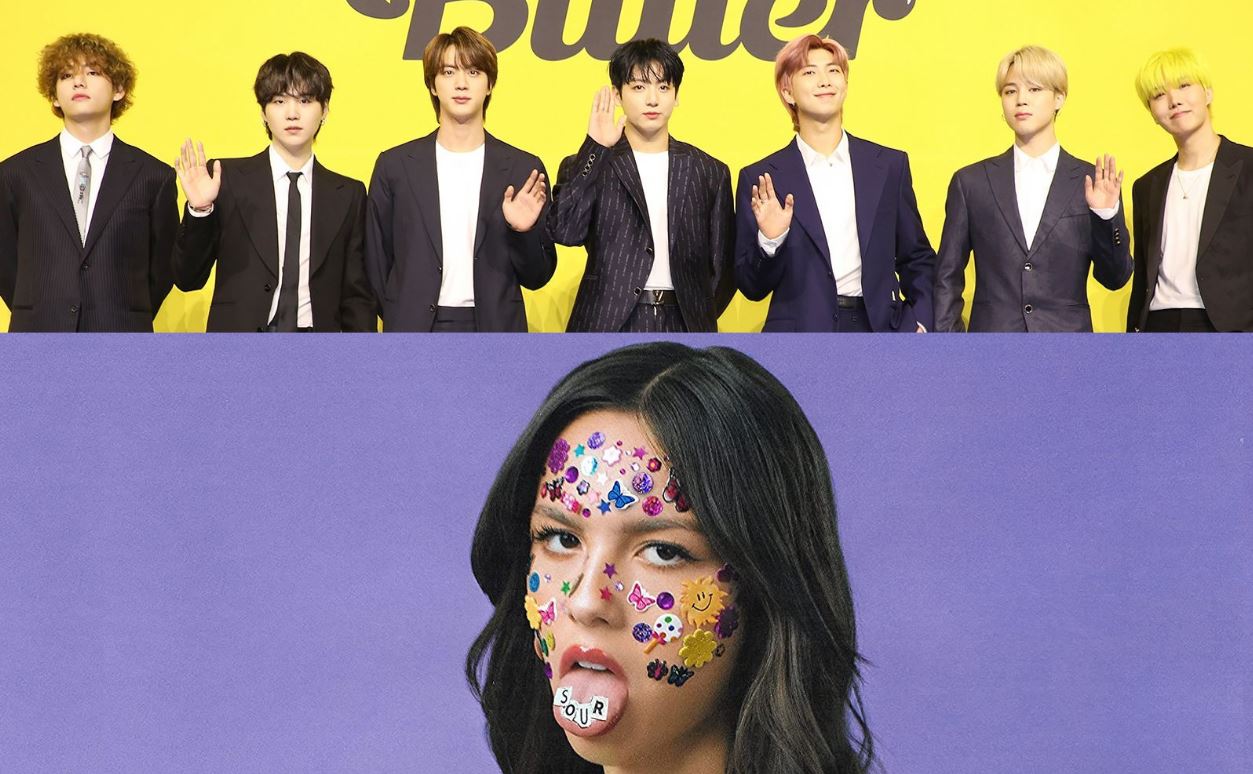 The boys of BTS released their new single in English, “Butter”, with eyes of peaking it at the top of the most important chart in the United States, the Billboard Hot 100. The K-Pop group, after all, have topped three songs in 1st place in the ranking, “Dynamite”, “Savage Love (Laxed – Siren Beat)” and “Life Goes On“.

The expectation was that this would be repeated, but this time BTS found a competitor to match: Olivia Rodrigo, when the Spotify playlist was updated the next day, Olivia not only had the most played song in the United States (“Good 4 u“, with 4.9 million views in a day) but also the second, third, fourth, fifth, sixth, seventh, eighth and ninth.

“Butter” debuted in tenth place on Spotify United States. In addition, “Good 4 U” is already among the 40 most played songs on radio in the United States. It also remains in the top five most downloaded from iTunes. In terms of downloads, however, BTS’s “Butter” is leading the way and is leading the digital store rankings.

You could also be interested in: Jungkook from BTS sparks concern after revealing he followed dangerous weight loss diet.

The group also has in its favor the video for “Butter” on YouTube, which broke the all-time record only in its first 23 hours of release. Who will take the top of the Billboard Hot 100 next week? It still takes a few more days to have a better projection of what will happen. But this time it won’t be so easy for BTS to debut directly in 1st position, as they managed to do with “Dynamite” and “Life Goes On”.

At that time, “Dynamite” ended its release week with 33.9 million views, 300,000 copies sold, and 11.6 million impressions (plays x audience) on US radio. The biggest competitor was “WAP” by Cardi B and Megan Thee Stallion, who had been at the helm for two weeks and were beginning to lose steam.