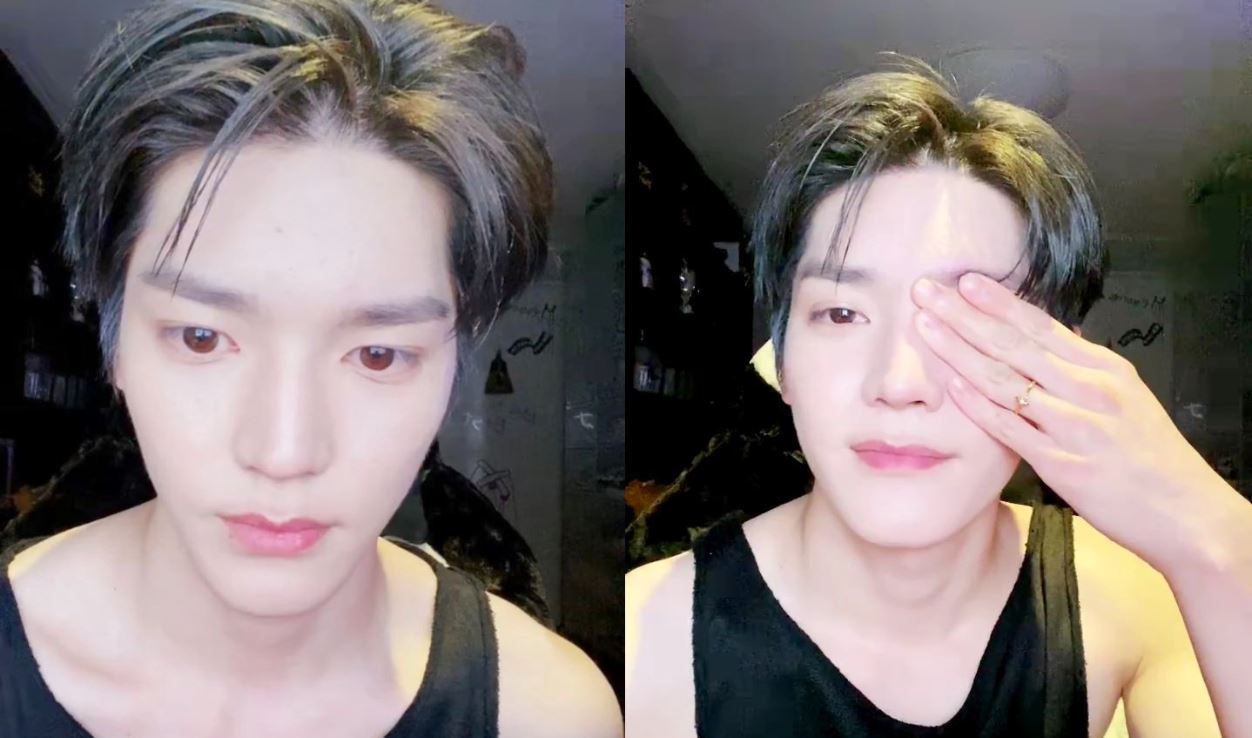 Taeyong from NCT, the popular boyband KPOP, gave a long talk for his fans in a live and ended up talking about his school days when he was a victim of school abuse. Visibly sad, he told the truth about the difficulties he went through, but managed to overcome them. For that reason, he manages to help anyone who is living something similar in the present.

“When I was a student, I went through difficult times. When I was in ninth grade, my classroom teacher and my parents sent me to live with my grandparents for a month,” he reminded through tears. The situation was so hard that he even had to drop out of school for a month. “At the time I was looking at my phone, I was extremely scared,” he continued, recalling the attackers he suffered.

“there was a time where I got bullied a lot when I was younger. I got sent to live with my grandparents for 1 month and I used to look at my phone and feel so much fear. my grandparents told me to do whatever I wanted and just let me be and were a great strength to me” ? pic.twitter.com/55dTRqoNRC

The idol was sent messages of fear and threatened in the past. For this reason, Taeyong’s schoolmates came to his defense, pointing out that he was a good person and that “he helped the weak and was intimidated by the so-called popular kids” or that “the stronger guys bullied him and that he was a very calm boy. He liked drawing and watch anime“.

You could also be interested in: Billie Eilish reveals that she was victim of sexual abuse when she was a child.

“He hardly spoke at school, so he didn’t have a lot friends. He was very polite and kind to the teachers“, explained the classmates. The 25-year-old boy also highlighted that his grandparents were a great support and always advised him: “My grandparents told me to always do what I wanted, not to please others, for myself. They were a great force for me,” remembering that Grandma’s house became his safe place.

As usual, fans who were watching the live sent motivational messages to Taeyong, in many languages. In other news, the artist collaborated with Baekhyun on the song ‘Monroe‘ and the fans are really happy for that.