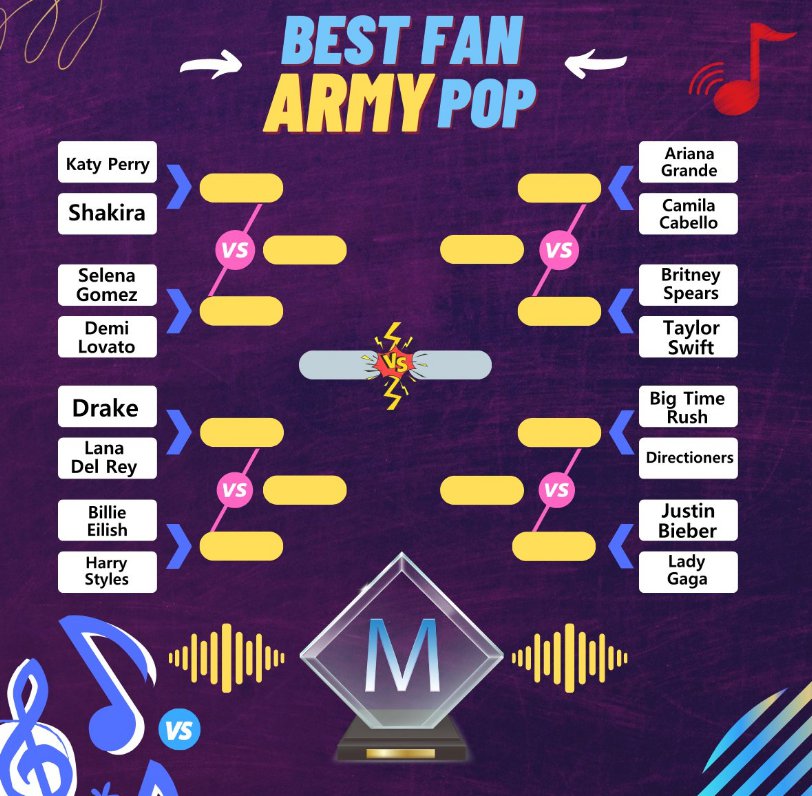 Let’s be quick, accurate, effective, with great aim and order, like an entire army, this time we are here to choose which is the group of fans that most resembles a military group, the one that provides unconditional support to their artist,

In this voting time, we have somethings to follow, to make sure war is played on fair ground.

The first is, that you can vote up to a maximum of 25 times every 20 minutes, exit and enter again to the website to continue voting. If it doesn’t work, you can use incognito mode on your web browser to vote, the votes are unlimited either way, find the way to support your fandom.

You must listen to a song by your favorite artists to stream it. In case you don’t have Spotify Premium, follow us to participate for one freemium!

So, let’s vote and be sure you can save your favorite artist/fandom of being eliminated.