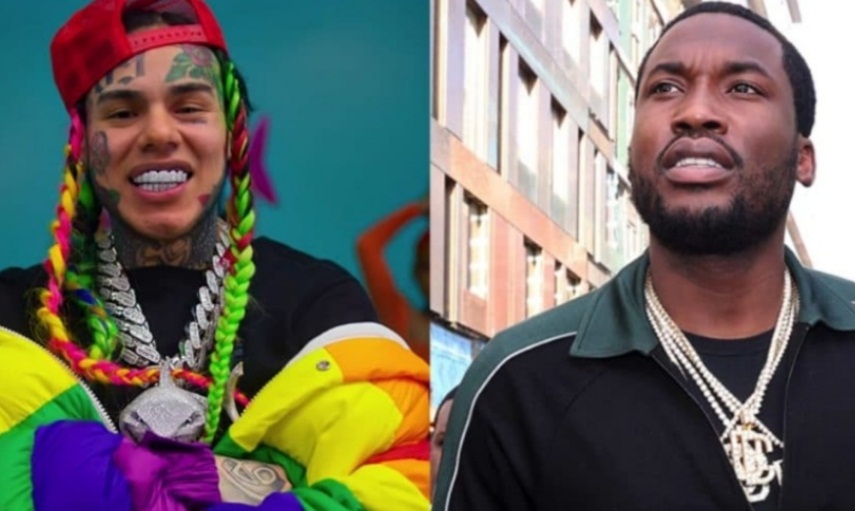 The controversial rapper Tekashi 6ix9ine and the rapper Meek Mill saw each other face to face and had a strong confrontation. They even recorded the scene.

Over all, Meek Mill and 6ix9ine have been in confrontations for a long time. It seems that the situation has reached a critical point. The artists have staged a confrontation outside a club in Atlanta, posting images on their own social media.

And it is that both rappers did not hesitate to record the confrontation so that the whole world found out. In Mill‘s video you can see that Tekashi is teased for being safe with him at the time.

According to The Source, the Brooklyn native posted the video, writing:

“Stop letting these rappers lie to you! They are tough for security @meekmill running with the police”

The problems that exist between Meek Mill and 6ix9ine date back to 2019, when Meek claimed that he knew Tekashi was going to change and become a snitch. From there, the beef grew little by little, with constant attacks on 6ix9ine under the label of “rat”, for cooperating with federal investigators.

Tekashi, for his part, has criticized Meek for his hypocrisy due to a partnership with the Roc Nation CEO, who allegedly cooperated with the United States Attorney’s Office and received a sentence of probation.

The Rose announce comeback album and world tour. Check out

LOONA’s Yeojin fainted on stage during a group concert

TWICE cancels US tour promotional events due to COVID-19