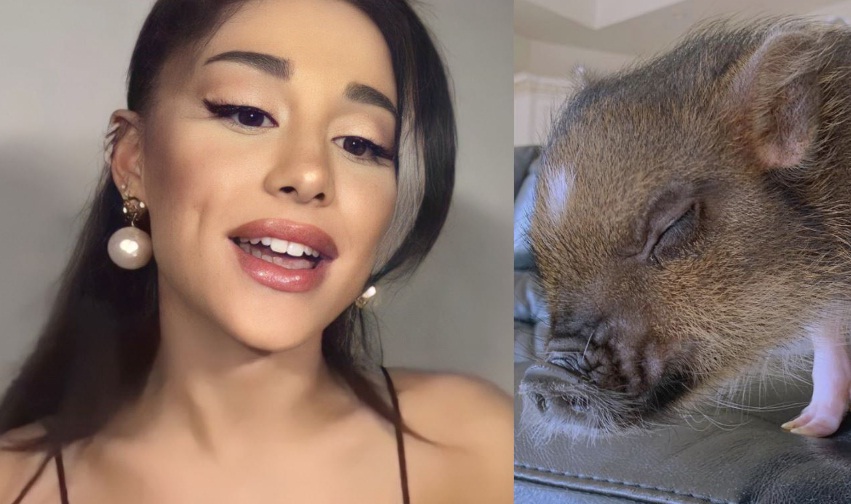 Ariana Grande has finally released the music video for “34 + 35 remix” with rappers Doja Cat and Megan Thee Stallion. The song appears on the deluxe version of Positions, which arrives on February 19.

The Stefan Kohli-directed video begins with the empowered trio wearing lingerie by a pool while sipping champagne at a luxury hotel, with swans gracing the scene.

They seem to have the place to themselves. With the exception of the man who answers Grande’s room service call for dessert and champagne, as they lounge on a staircase and have fun in the hotel suite. Positions Deluxe will include all 14 songs from the original album, along with the remix “34 + 35” and four bonus tracks.

Minutes before the release of the MV, the Florida native decided to ask ‘Questions and Answers‘ or Q&A for its acronym in English; the live fun is available on the singer’s personal channel and on it; she talked about the process of creating some songs from her latest album, as well as some fun updates on her life.

Great that much of “Positions” he recorded from the comfort of his home; She also said that ‘34 +35‘ was going to be the main single from the studio work but she decided to change it at the last minute and her label supported her in this decision. The interpreter of numerous hits; He added that if he has to take a song off the album, it would be “My Hair”, since its sound feels a bit old-fashioned.

But what most amused his fans was when he was asked about his pig Piggy Smallz. Ariana said that she no longer shows her on her social networks because she doesn’t like the jokes they make on her.

“He feels very sad when he sees the jokes they make on him when I post it on social media. When they say it’s bacon or that I’ll eat it,”

Scenes from ‘BLACKPINK: Light Up the Sky’ that were removed by Netflix

Harry Styles is accused of plagiarizing Miranda! with his new song “As It Was”