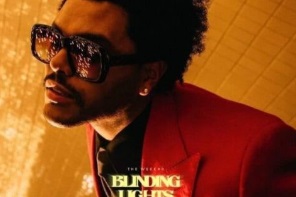 The monstrous Smash-Hit will soon be making history on the Billboard charts.

There is no doubt, much less excuse that can belittle the masterful and titanic success of the Smash-Hit ‘Blinding Lights’. And it is that the song is already a cultural reset and a future classic of music that has destroyed endless musical records.

Its tenure in the top 10 of the most popular is simply impressive, 47 weeks that seem to have no end as it continues to have enormous support from the public. And it is for that reason that the Smash will now be ready to debut directly at #1 of the most successful in the history of Billboard.

As was normal, the biggest Smash-Hits began to debut little by little within the end of the decade Charts and few managed to integrate into the Chart of all time. But in the case of Blinding Lights it is quite the opposite, since it is predicted that it will debut directly at #1 on the exclusive Chart, dropping to the classic ‘The Twist’ from #1. Position it has held for several decades.

All music experts find no way to explain the enormous success that Canadian TheWeeknd has achieved with Blinding, since at no time could such a stable song be witnessed for so long.

What are the next records that Blinding Lights is going to break?