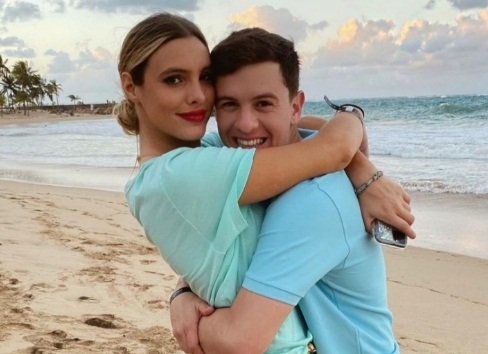 The Venezuelan influencer and singer suffered a serious accident that almost left her in the Hospital.

Lele Pons ruined Guaynaa’s new viral challenge and almost ended up in the hospital. The influencer joined the Monterrey challenger, her boyfriend’s new song, and the unexpected ending almost caused an emergency situation.

Both stars joined the viral challenge that because of Lele almost ended badly, this because in the final part of the video she almost stumbled off a ladder, which could have left her seriously injured if she had fallen.

wrote Lele Pons on her boyfriend’s Instagram account. In the funny video, the influencer threw her hat towards Guaynaa and ruined the end of the Challenge.

Lele and Guaynaa announced their courtship a few weekends ago, sharing several photos of the two of them in the snow on their official Instagram account.