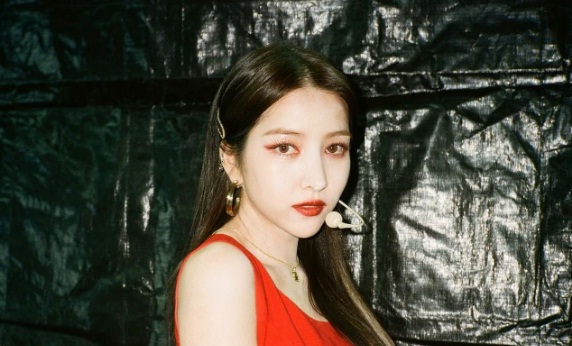 Gfriend’s Sowon is under fire for posting a series of controversial photos on Instagram.

On January 31, she uploaded and then quickly deleted a set of photos taken with a mannequin. The plastic statue was identified as a Nazi soldier.

Also, according to fans, member SinB has a Sowon saved on his phone as “Kitler”, a supposed combination of his name and the former Nazi leader. Although the motivations behind his actions are unclear; Netizens on Twitter demanded an apology from Sowon and the company that was not long in coming

Source Music released an official apology after the controversy over the statue. On February 1, the agency began writing on social media,

The agency went on to explain that the filming location was a cafe that they rented through an outsourcing production company; and the agency staff not only took behind-the-scenes videos, but also took photos for members to use on social media. However, during the on-site inspection process, the department in charge was not aware of the problem with the mannequin’s clothing.

“We apologize for not being able to verify in advance that there were inappropriate props at the filming site; We were not able to thoroughly inspect the content during the filming and uploading process, and we did not pay much attention to the historical and social facts.

We bow our heads and apologize to those who have been uncomfortable with these videos and photos.

The agency acquired by BigHit Entertainment concluded that they will be more mindful of their content, even paying more attention to social issues.

Andrew Garfield mocks Tom Holland for being a bad liar