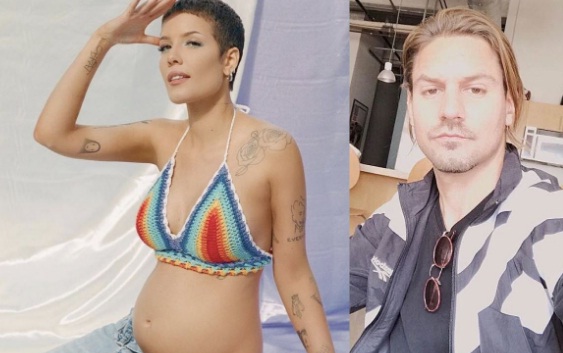 Halsey announced her pregnancy on the morning of this Wednesday, January 27.

The singer posted three photos on Instagram of her with the following description:

In only 10 minutes, more than 50,000 comments welcome the baby. A year ago, in an interview with The Guardian, Halsey as she had endometriosis. Because of this, she had already suffered three miscarriages, including one that occurred while she was performing on a show.

“It is the most inappropriate feeling I have ever felt. Here I am living this life that was given to me totally out of control and I cannot do the one thing that I am biologically placed on this earth for,”

she said at the time. But back then, the artist herself felt that her motherhood was a matter of time.

“It seems that this is going to happen to me, it is a matter of a miracle,”

Now Halsey only has reason to celebrate the arrival of her first child of hers. In other news, the “Without Me” singer was still waiting to announce the dates for her “Manic Tour” tour after releasing her album “Manic”, so much so that she had postponed it until 2021.

But reality knocked on her door and it showed.

forced to cancel everything, at once. She made the official announcement of the cancellation to fans this weekend.

However, after her pregnant announcement she said:

The artist made the debut of the tour on February 6, 2020 in Spain. She managed to continue until March 12, in Manchester, UK. After that, it was no longer possible to give shows of such magnitude or even a show. Fans were very curious to know what it would be like. The production was great, with giant screens on stage and contagious energy. Now the artist is happier than ever while waiting for her baby with her current partner Alev Aydin.