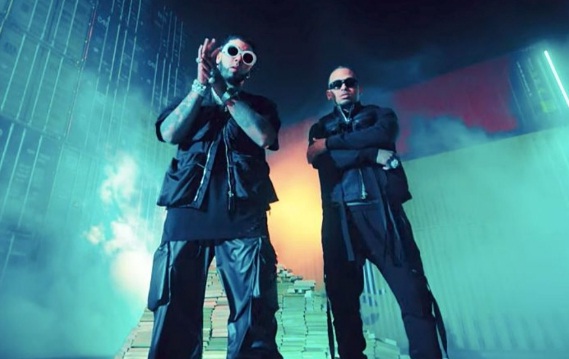 The two Puerto Rican singers have released a new album together that they have titled “Los Dioses”. Now, the critics are destroying the album

From generic, unnecessary, cliché, misogynistic and other words are those that various media have used to destroy the new album by Anuel AA and Ozuna. Since they suggest that the recording is a complete and unnecessary work without any art or reinvention for both artists.

Media such as People have reviewed the album as

“Misogynistic, Disastrous, Cliché and a total sample of their own previous works”, in addition to ensuring that “Anyone with a good music editing application can make that album.”

Other media such as TIME, The Guardian and Vulture similarly reviewed the album, highlighting the criticism of the latter medium:

“Anuel AA and Ozuna announced their album together with a lot of egocentricity and emotion, reaching the point of calling it “Los Dioses” (which means ‘The gods’ in english) but, after listening to it, the only thing we can say is that it is definitely better that they continue making bad albums and sampled separately, because together they make a complete disaster ”

Anuel AA announced this project with great enthusiasm.  He ended the rumors of his supposed retirement; claiming that “he could not allow urban music to become cliché music like pop. And stating that if he retired, the genre would never be the same again.”

Do you agree with the harsh criticism the album is receiving?