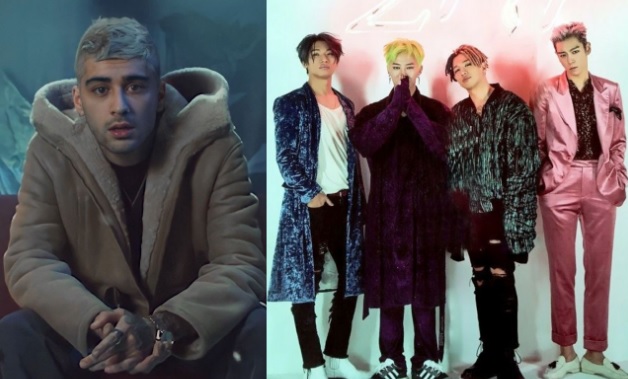 In promoting his new studio album “Nobody Is Listening”, Zayn Malik took control of Playstation’s “Pop and Play” playlist on Spotify.

A highlighted song made headlines on K-pop sites, was when he added “Loser” from the boy group BIGBANG.

The K-pop band’s theme was released in 2015. It’s not exactly a trendy song. It reached the top of the charts in South Korea and sold over 1.8 million copies. The truth is, the 2006 debut boy group under YG Entertainment has, in fact, not released anything new in several years.

The playlist created by Zayn included 24 other songs. In adittion, he included Jhené Aiko, JoJo; Jazmine Sullivan, Chloe x Halle and Victoria Monét, among others.

Last week, the artist surprised his fans and went live on Instagram to talk to fans about his new album, “Nobody Is Listening.” During the live show, Zayn lit a cannabis joint and spent the entire time smoking.

Amid the smoke, giggles and a play of lights, the singer asked the people who saw him:

“Yoo, what did you all think of the album, did you like it, is it good or is it shit? hehehehehe.”

Fans, of course, said they liked it a lot. During this live surprise, Zayn sang a part of the song “Unfuckwitable”. He said that his favorite track from the album “Nobody Is Listening” is “Connexion”.

He even raised the possibility of doing a virtual show to promote the album. Two years after “Icarus Falls”, Zayn delivered his third solo album under RCA Records. It features 11 copyrighted tracks, some even produced by Zayn. He said he had total creative freedom on this project. The album’s flagship single is the song “Vibez”.