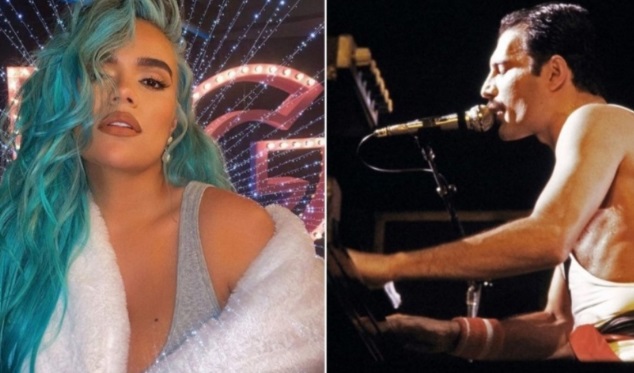 Netizens say than Karol G is better than Freddy Mercury

Today the fandom of the popular Colombian Bichota Karol G has sparked controversy for having said something extremely funny.

“Karol G is better than the lead singer of Queen.”

This comment said by netizens who have only made fun of the situation.

Although the vast majority of Internet users took the comparison between Freddie Mercury and Karol G in networks as a nonsense, there was a sector of Twitter users who did agree that the Colombian is a better artist than the singer of Queen.

“Karol G is better than Freddie Mercury a thousand times”

“If Freddie Mercury were alive would he be more successful than Karol G?”

Were some of the comments that started the fun controversy.

Still, the vast majority of netizens took the opportunity to make various comparisons between the two singers. They claimed to be outraged to see how the fandom of the Colombian singer was able to believe that a legend like Freddie Mercury was inferior to Karol G.

Twitter was the main social network of what happened, which saw how many Internet users took the comparison between the two singers very badly.