As is known, BTS is one of the most powerful bands in the world.

The Bangtan Sonyeondan are from South Korea and they conquered the world with incredible songs. They also influence the most important music markets in the world, like the Japanese and the United States.

The boy group has broken solid records before. In addition, they have the support of the new Vice President, Kamala Harris.

Kamala Harris is the new Vice President of the United States for the Joe Biden administration. She is a loyal fan of Beyond The Scene, plus she added ‘Boy With Luv’ to her personal playlist.

Not only this, Kamala Harris started following the guys on Twitter and netizens went crazy. 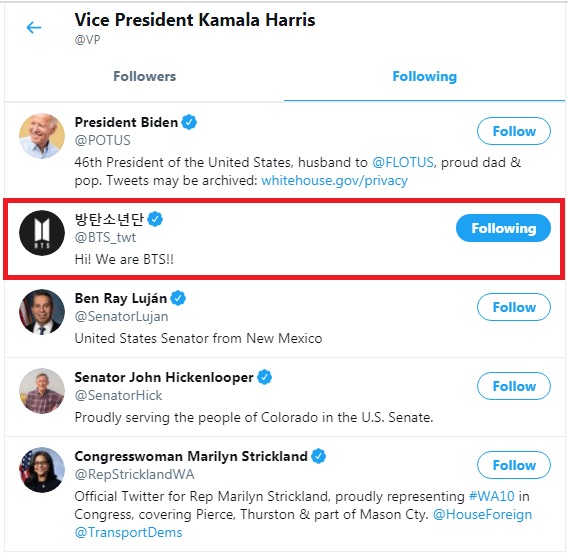 Above all, BTS is influencing very important people.

BTS announces studio album and excites ARMY about their comeback

Katy Perry reveals something that annoys her about Orlando Bloom

This is BTS’ Jin new record in the United States