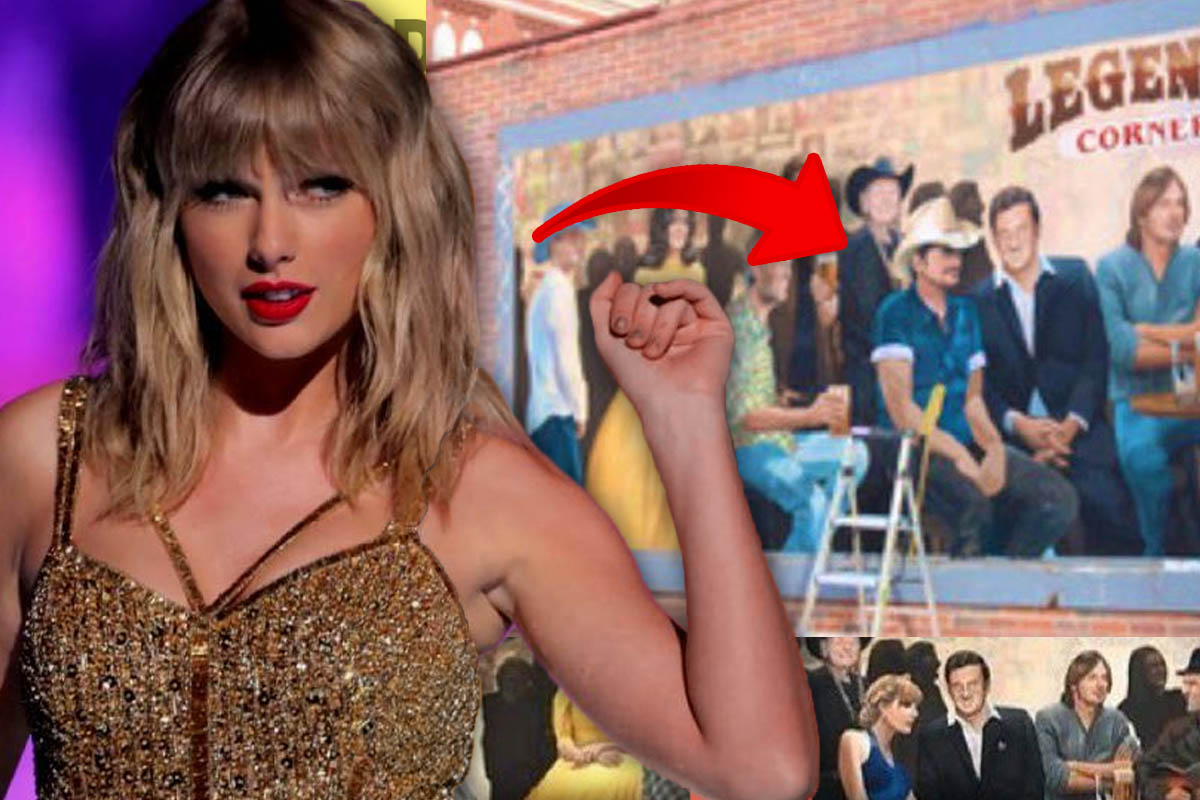 “YOUNG TAYLOR RAN COUNTRY” is a worldwide trend on Twitter. This after the famous star was removed from the Legends Corner mural in downtown Nashville, United States.

The famous mural where all the most successful stars of the popular genre.

Of course this angered Taylor fans a lot; since the interpreter of country classics like “Love Story” was not only eliminated. They replaced her with a male artist named Brad Paisley who also holds several records in the popular American genre.

The news greatly angered the fans of the “Willow” interpreter since they do not see that the decision is fair. The most awarded country album in history is by Taylor Swift. She is also the youngest country artist to win a Grammy album of the year is Swift.

The last great star of the genre and responsible for popularizing it among young people has been eliminated from the mural of legends.

Internet users are not angry that Brad Paisley was placed on the mural, they are angry because there are few women on the wall to remove one and replace it with a man on it, who could well place it elsewhere.

The mural is a giant wall that covers more than one complete corner. Although she does not continue in the genre, demeaning all his work by eliminating his image angers his fans.

The changes to the wall, already announced, but it was never reported that Taylor would be the only artist removed. At this time, it represented the biggest stars in country music, and artist Tim Davis was in charge of the renovation. The organizers reported at the last minute that the image of Taylor Swift would be removed and replaced.