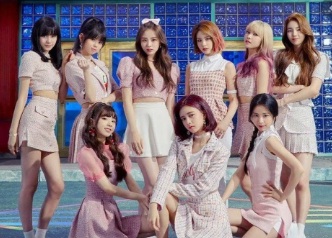 Recently the band NiziU made their long-awaited debut with the single ‘Step and a step‘. This is a very fun and emotional song that let the fans never give up.

Some experts think ‘Step and a Step‘ could reach the top of Oricon’s list, which is the most important chart in Japan and Asia. This because the single sold over 300.000 units and it is the second one most purchased in the japanese public. It made NiziU be one of the most successful girl-bands in the moment.

The nine performers of ‘Baby I’m a Star’ could break a new record for their carreer. Similarly, the girls showed their power in their pre-debut track of ‘Make You Happy’ in the fifth place of the Oricon’s ranking.

This song had 180 million views in less than five months. You can watch it below!

BTS’ Jin brings his fans to tears after emotional goodbye

The Weeknd reveals important details about his Super Bowl show