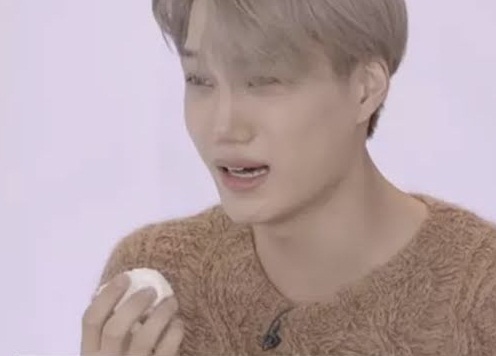 Kai joined the EXO members who have started a solo carrer. This time, he showed his followers a new facet that captures his charm and talent.

Promotions for his solo debut have already started and Kai met some fans through a broadcast in VLIVE. The dancer and singer received many letters from his fans who wanted to congratulate him on the new release. Also, a message reached Kai’s heart when a fan wrote him a beautiful letter…

The idol prepared different games for the fans and he read messages that fans prepared for him and one of them made him burst into tears. 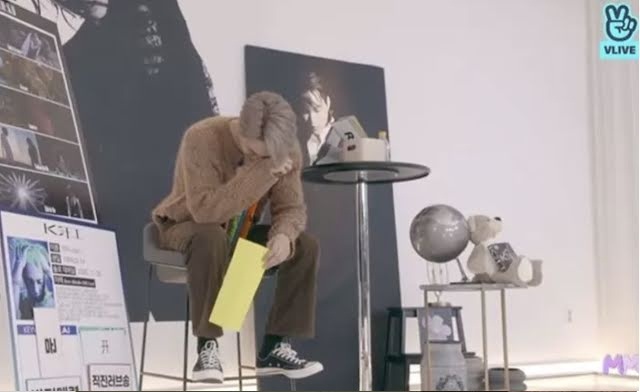 It was a lucky fan who is preparing for the university entrance exam. As we know, this is a very stressful moment for all the students. However, in South Korea is known by the effect of pressure that causes to the aspirants.

Consequently, this EXO-L confessed that she has had a difficult moment, but when the Idol appeared on the ‘I Live Alone’ show she was able to laugh again. She said

When I think of you my stress goes away (…) I feel relieved that someone like you exists. 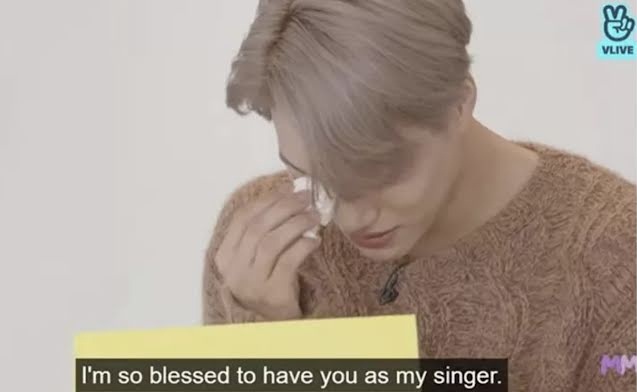 Kai couldn’t hold his tears, he expressed gratitude to all those who support him. And added that the happiness is the most important thing. You can watch the whole livestream below,

BTS fan English youtuber has had surgery to look like member Jimin, and now identifies as a Korean and non-binary person

Nayeon is put in danger after being chased by TWICE stalker

BTS: Suga and V fell in love with someone very special, find out who it is

Harry Styles has canceled a show after Covid-19 cases rises in the U.S.