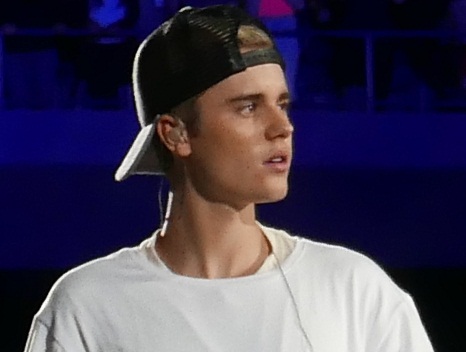 The popular Canadian Artist has uploaded a note to his official Instagram Account where he claims to the recording academy for not have been nominated in R&B categories and other main categories.

The Grammys just a few hours ago announced the nominees for their next edition. Beyoncé got 9 nominations, BTS got 7 nominations, Taylor Swift 6 nominations and Dua Lipa too and only 4 to Justin Bieber.

Justin Bieber has reacted to his 4 GRAMMY nominations in a very inusual way. He has written a letter and published it on his official Instagram account. Also, he is causing controversy.

The Weeknd was ignored by the Academy and is giving what to talk about these nominations. Similarly, Justin has sparked about it.

The singer assures that he deserves to be nominated in the R&B categories and in the main categories. Claiming that he does not agree with his Pop nominations, because he is no longer a Pop Artist. 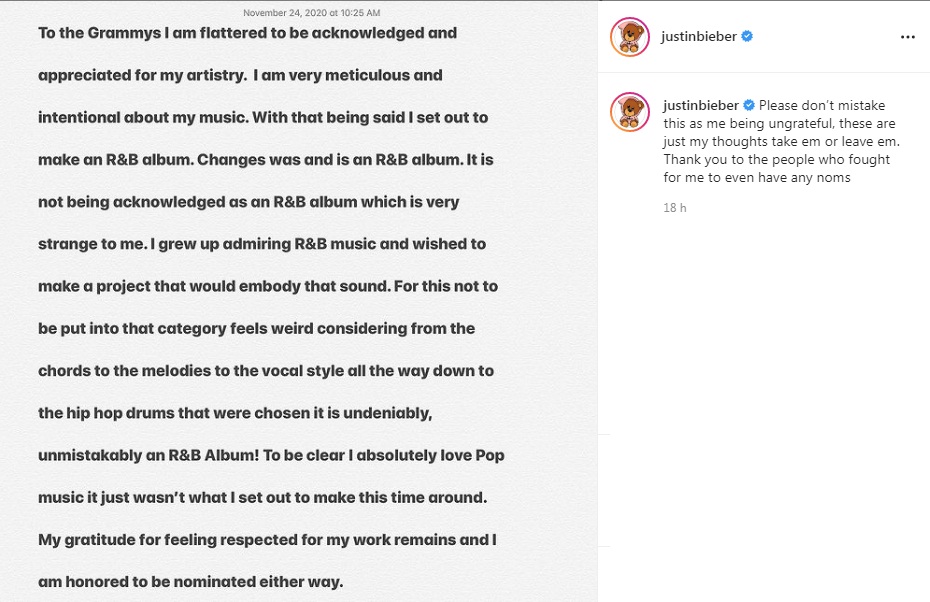