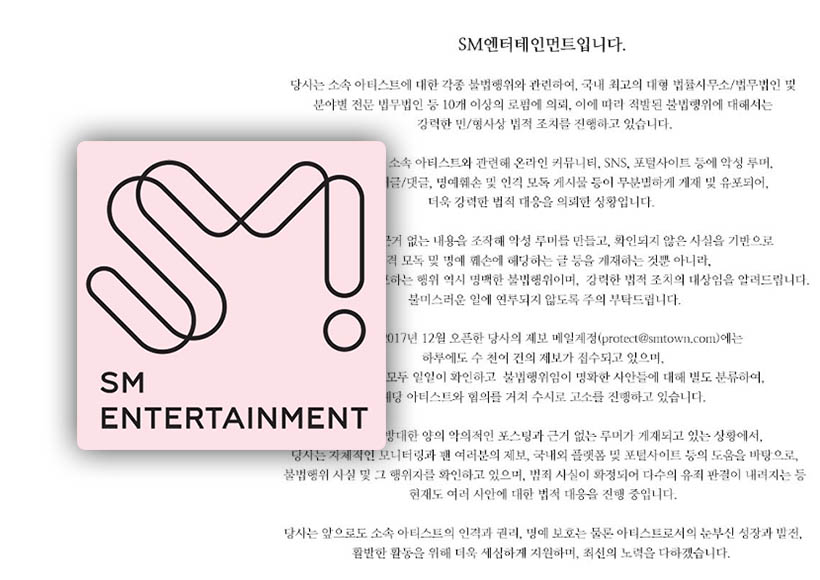 SM Entertainment, the agency of bands such as Red Velvet, EXO, NCT, and others released an official statement regarding about the illegal acts of defamation against their artists and confirmed that they would take legal action.

The label revealed that they decided to hire the best professionals to handle these acts:

this after the rumors and malicious comments that are being published online without any confirmed fact, defaming the image and reputation of the artists.

“We inform you that the act of spreading such rumors is illegal and is subject to legal action.” 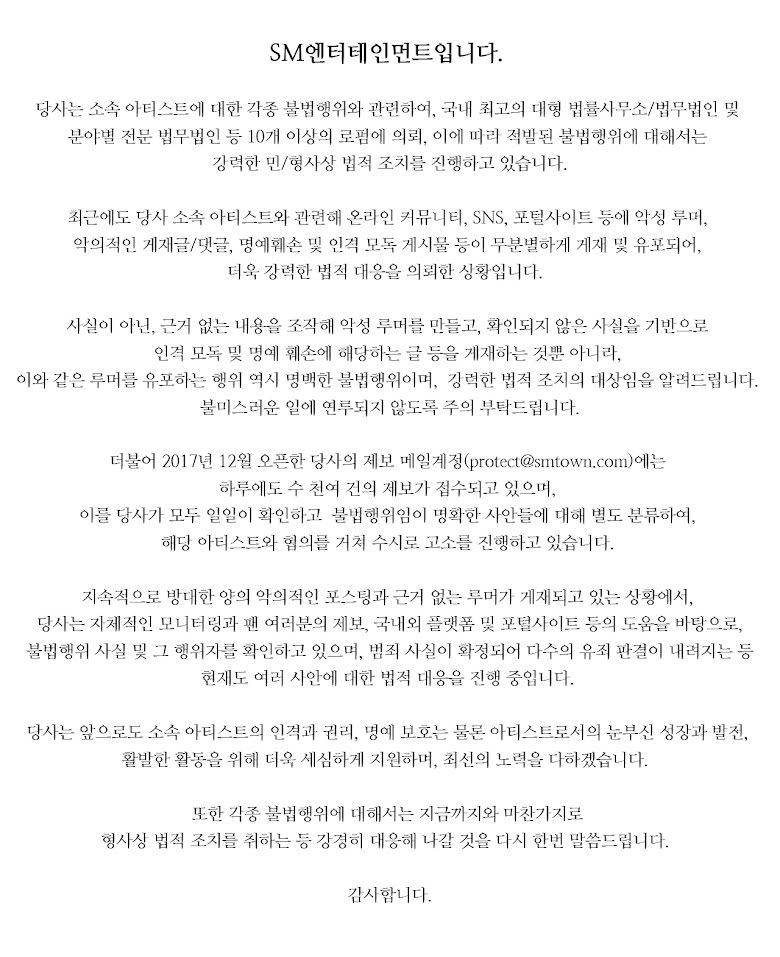 Additionally, SM promised to do everything possible to protect the rights of their artists.

“We will continue to support and protect the rights and honor of our artists and help them grow and improve as artists.”

SM Entertainment had kept silence before finally revealing the legal actions they would take.

ENHYPEN top the charts with their debut in Japan

BTS: Jungkook took Jimin to Disney as a birthday present, this was their vacation together