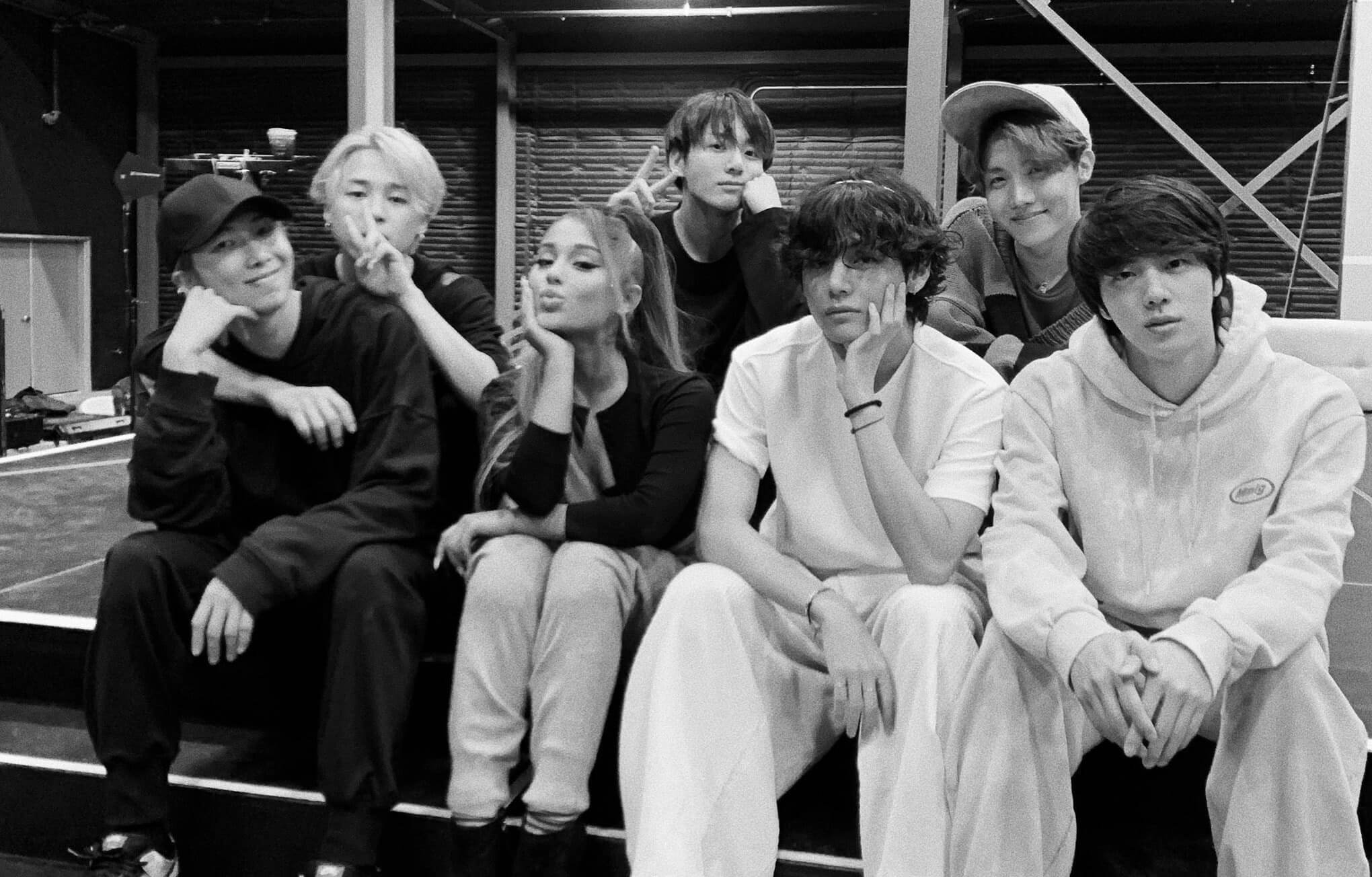 Fans of Ariana Grande & Bts are going crazy on social media. Arianators Y ARMYs are so excited about the possibility of a collaboration between the singer of “Rain on me” and the boy band from Korea: BTS.

The rumor of the collaboration comes thanks to a very interesting extract that the singer from the smash hit “7 rings” posted on her social media. The little teaser was published on September 14 and you can hear Grande’s angelical voice.

A BTS / Jungkook X Ariana Grande collaboration in the works ?! ???

Can’t sleep tonight unless there is a confirmation. ?pic.twitter.com/I6VfC5kmDi

The little teaser from Ari’s new post only have 5 seconds and still has almost 10 million views. BTS fans quickly realized that the melody and sound of the voice are extremely similar to a stretch of Jungkook singing in the studio. The result: Ariana and BTS could be collaborating on a new song.

It is important to note that the boys and Ari have shown a lot of affection for each other on various occasions throughout the social networks in recent months, which increases the chances of collaboration, although the artists may only get along and show a lot of love in Internet.

look who i bumped into at rehearsal ? pic.twitter.com/7VUjB3CMLX

Chris Martin talks about how his association with BTS came about