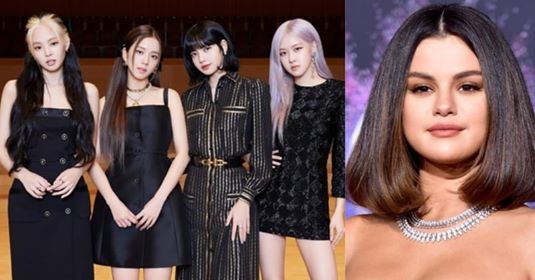 There’s been a lot of buzz in the music industry around a collaboration between the South Korean sensation Blackpink and one of the princesses of western pop, Selena Gomez, but the latter just confirmed the collaboration via twitter,

Blackpink’s agency confirmed a month ago that the next single from the girl group was going to be a collaboration with a western act, and a lot of people started speculating that it was going to be someone such as Ariana Grande or the new kid on the block, Doja Cat.

The buzz around Selena started after a celeb gossip account on a korean social media stated that the collaboration was not Ariana Grande but Selena Gomez herself, and the rumors snowballed from there. And Gomez confirmed the rumors with a recent tweet, in which she announces that she’s the one in the collaboration and that she’s very excited about it.

So SO excited to announce @ygofficialblink and I have a new song coming out August 28th! You can presave it here: https://t.co/szU2RBH9NT 🖤💗 pic.twitter.com/DXVKjowhkQ

This is Blackpink’s lead single for their next album, and we have to make clear that we still haven’t gotten a title for the song, but there’s a distinction here as it’s not “Blackpink featuring Selena Gomez” song, but rather a “Blackpink & Selena Gomez” one. Which means that there’s a fifty-fifty participation between the girls and Gomez.