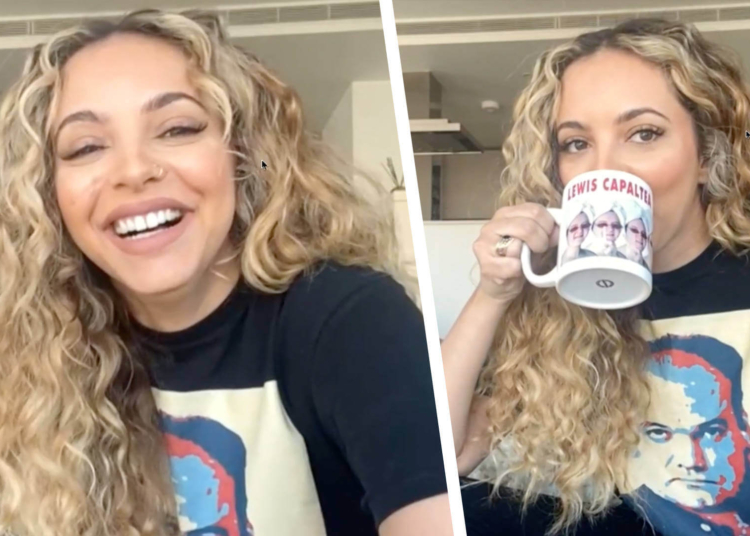 Jade Thirlwall, from the girl band Little Mix, made a revelation about a rather unfortunate incident, which she called his “worst experience on stage” While chatting with Melanie C and Courtney Act on their show MTV “Served! With Jade Thirlwall”

The british vocalist revealed that she had a nightmare when she was about to go on stage in a show from 2017.

“My worst experience on stage, for me, was on the Little Mix’s Glory Days tour“, she said. She continued explaining what happened: “I was a little ill at the time, I had like, a bad belly. And basically, before the show starts, we were inside, you know the elevators? Where they raise you to the stage? And is it like a big dramatic entrance?”

“When I was ducking in the elevator, I looked at my security guard and thought, ‘I really need to fart a little bit.’ So I did, and it literally came with something else. I was in a fishing net. I had to go out like that during the live act because there was no time”

After disclosing her very awkward moment, and a giggling talk from Courtney Act telling her that she could have saved herself a lot of trouble if she had gone to the bathroom before the show, Jade continued to reflect on her public disclosure, particularly because she had performed it in front of Melanie C.

On a much more serious note, the companion of band stop, Leigh-Anne Pinnock, recently spoke on a personal matter. Following the death of George Floyd and the protests of Black Lives Matter. Leigh-Anne made it clear that she didn’t care if she lost racist fans.

Dancer crushed by 600kg screen has a chance of recovery

V and Jisoo together? BTS and BLACKPINK fans suspect a relationship